FacebookInstagramYouTube
BRIAN COPELAND AND THE IMPORTANCE OF ETHICS. 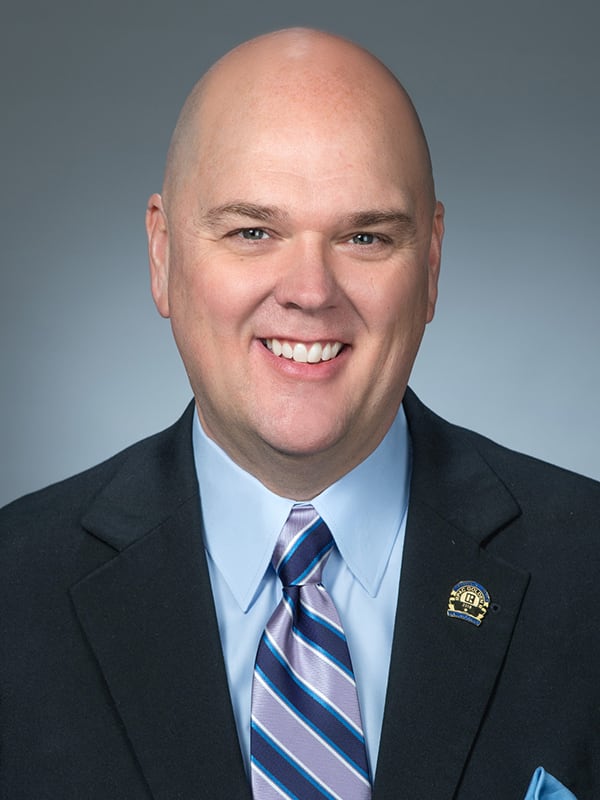 Brian began his career in residential real estate more than 15 years ago. He is the founder of Doorbell Real Estate in Nashville. Brian has been active at the national level since 2009. In 2010, he helped launch NAR’s Young Professional Network (YPN), and chaired the Data Strategies Committee in 2015.

He has served in many volunteer roles at the state and local level, including as the 2017 President of Tennessee REALTORS® where he has been actively involved since 2007. He is a proud member of the Greater Nashville Association of REALTORS®, who chose him as their REALTOR® of the Year in 2011. He founded and runs REBarcamp Nashville, a real estate technology camp that attracts more than 1500 registrants each spring.

He is a graduate of Carson-Newman University and holds a master’s degree in Communications Management from the University of Tennessee-Knoxville. Brian and his spouse, Greg, make their home on a Nashville farm with their two children, Micah and Esther.

"Brian was a FANTASTIC REALTOR® to work with! I was moving to Nashville from out of state, and he was incredibly patient with me and knowledgable about the Nashville metro area. Even though I wasn't buying a super expensive house, Brian provided top-quality service and was extremely attentive and responsive to my needs."

"Brian and his team were amazing. I had the unique pleasure of working with him to buy and sell my house. When I was buying, he listened to exactly what I wanted and showed me houses that were just right for me. We found my house the first day we went looking! The process of buying was impeccable."

"Brian was extremely helpful in the process of buying a home 4 years ago. In an effort to take advantage of the market and tax credit in 2009, I knew it was time to buy. He was very patient with me during the process, as it was my first time buying. He walked me through all the steps not once, but three times after the first two houses fell through at the fault of the sellers. He was very knowledgeable and friendly to boot."

"Brian was also there with us through the entire financing stages and was able to answer questions, and talk us off the cliff when things got testy. The underwriters, appraisals, inspections, etc are all stressful, but Brian was able to be there as an agent and friend through all of our questions until everything was signed on the dotted line. I would highly recommend Brian to anyone looking at buying in Nashville."